The MidPoint Music Festival was held this past weekend throughout the Over-the-Rhine neighborhood of Cincinnati. The festival has been running for more than a decade and has consistently drawn a wide variety of both local and national artists. This year was no different, boasting a wide variety of live shows over a course of three days.

Although I hear tale that the festival was once more spread out through OTR, downtown and northern Kentucky, It has been confined to the area of OTR between Central Parkway and Liberty Avenue since I've started attending. This was the first year since in about three years that the festival spread beyond those boundaries, with sets at the Taft Ballroom and Memorial Hall in downtown and reaching a bit further north for some newer venues in OTR. Gone, however, was the outdoor stage at the old Grammar's bar, which seemed to have been replaced by the Christian Moerlein tap room. 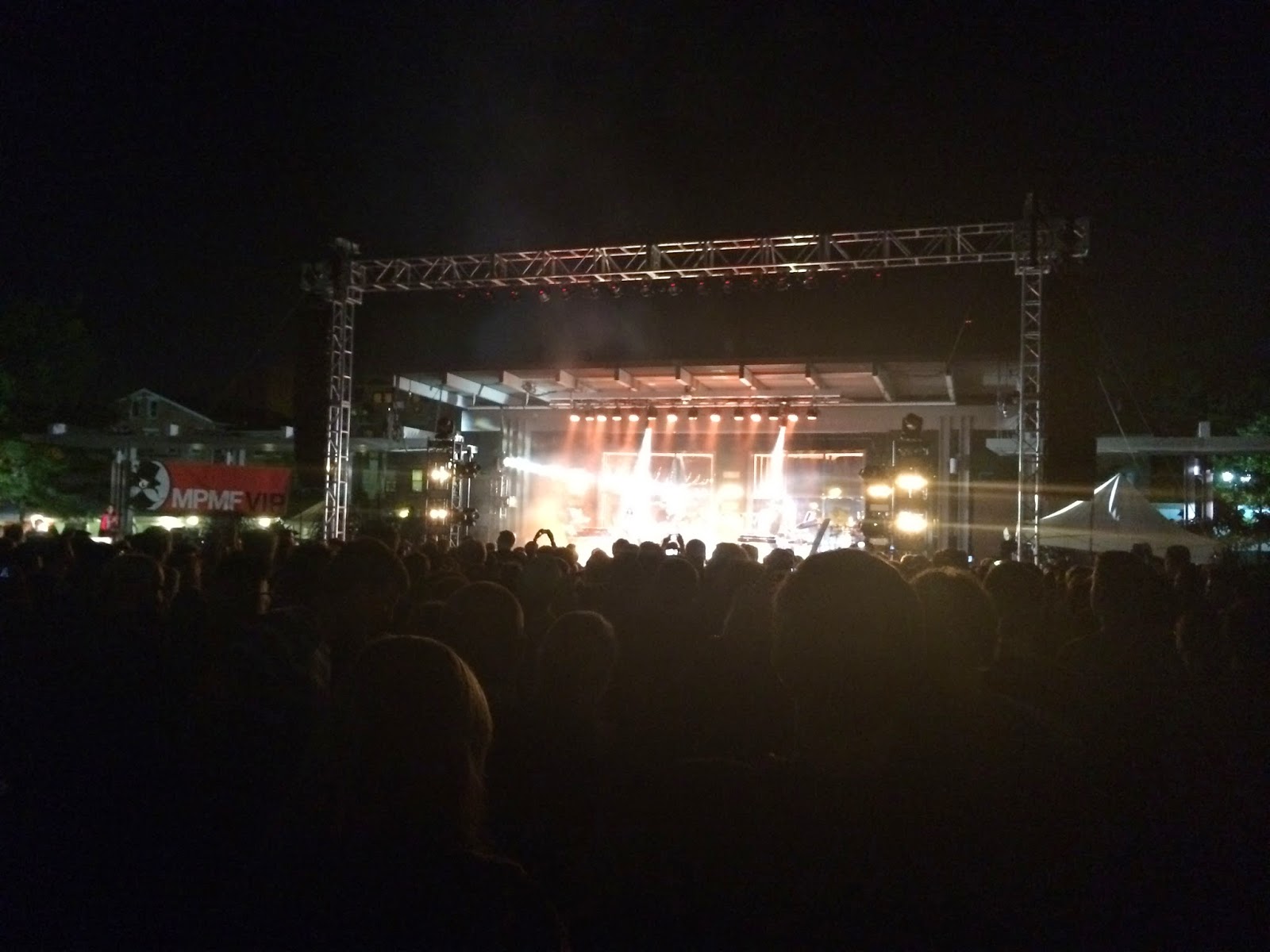 The festival kicked off Thursday night. I first headed to Washington Park to catch the night's headliners, Chromeo. Their set was a huge dance party; their modern brand of disco inspired just about everyone in the crowd to bust a move. I enjoyed getting my dance on, but headed out early to I could head over to the Christian Moerlein tap room for Panda Bear.

His set was considerably calmer, since he tends towards an ambient sound. Perhaps the most interesting aspect of his set were the background visuals, which ranged from kaleidoscopic dancing naked women to a painted figure vomiting pudding (at least that's what it looked like). That's not to say that his performance was not good, he's a great musician, but the images were definitely a little distracting.

Before that set had started, I ran into a friend from college who performs in several bands around the city. Turns out, he was also playing at the tap room (inside) after Panda Bear's set was through. I went to check out the band, Molly Sullivan, for a couple of songs, then headed home to rest up for the next day.

I had wanted to see Sun Kil Moon later that night, but was a little put off by how late his set was scheduled to start...11:30 PM! While he seems to have been doing some interesting things live lately, I had to get to bed and miss his set. 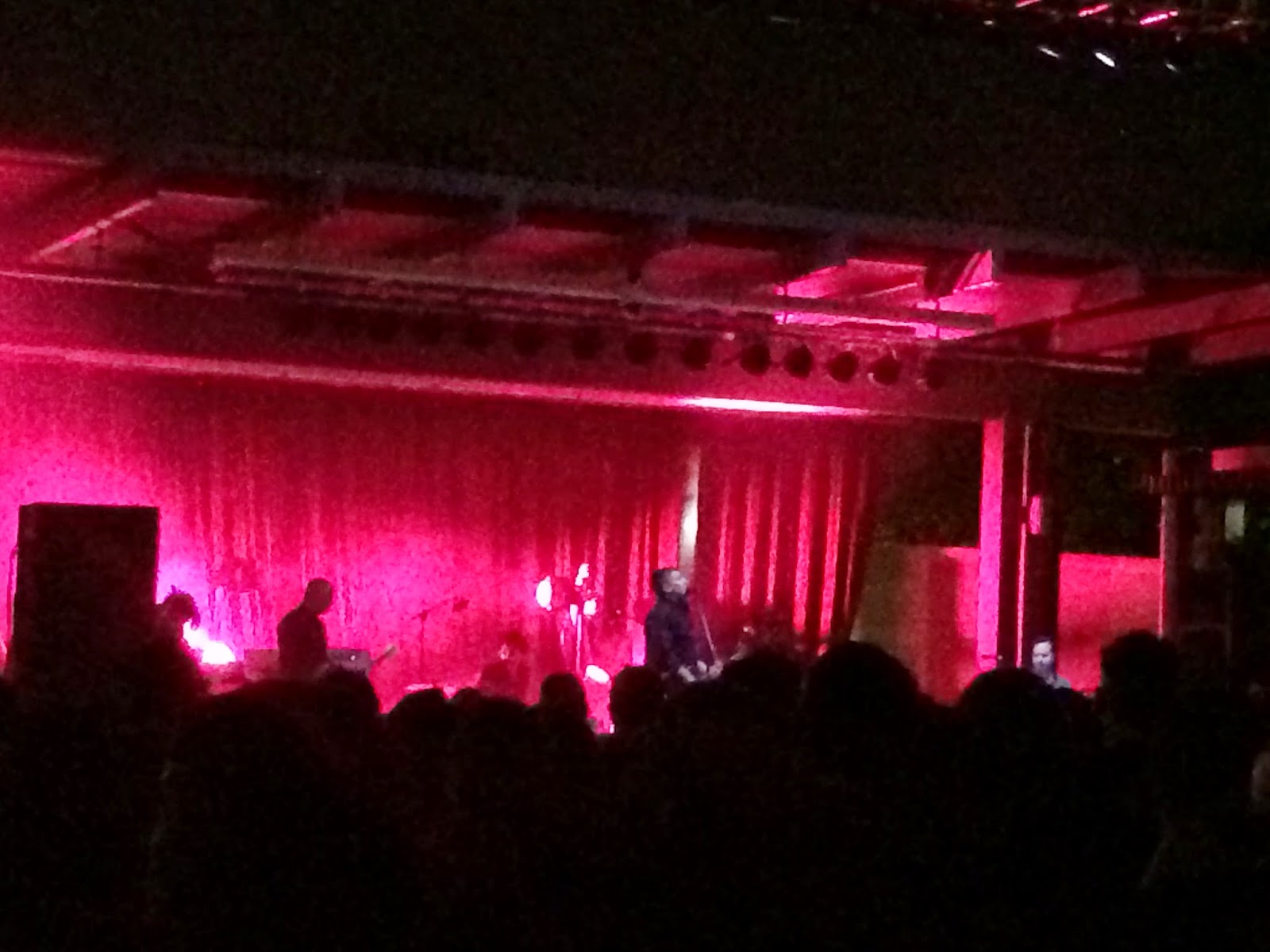 I had a companion with me Friday in the form of my boyfriend Adrian, who wanted to catch that evening's headlining act, but we'll get to them later! We first headed down to the MidPoint Midway to catch a free show from Real Estate. Their breezy, jangly guitar pop made them an ideal band to play while the sun was still shining. The set was predictably amazing.

Following dinner at a restaurant in OTR, we went to Washington Park for the Afghan Whigs, who were headlining that evening. As one of the Cincinnati-based bands that made it (relatively) big, they just about packed the park. They put on what may be the best show of the MidPoint weekend.

I was again put off by an overly late show at the festival, this time, it was Jessica Lea Mayfield. I would have really liked to have seen her, but since it started nearly two hours after the end of the Afghan Whigs, I knew I wouldn't be able to stay awake and upright for that amount of time. 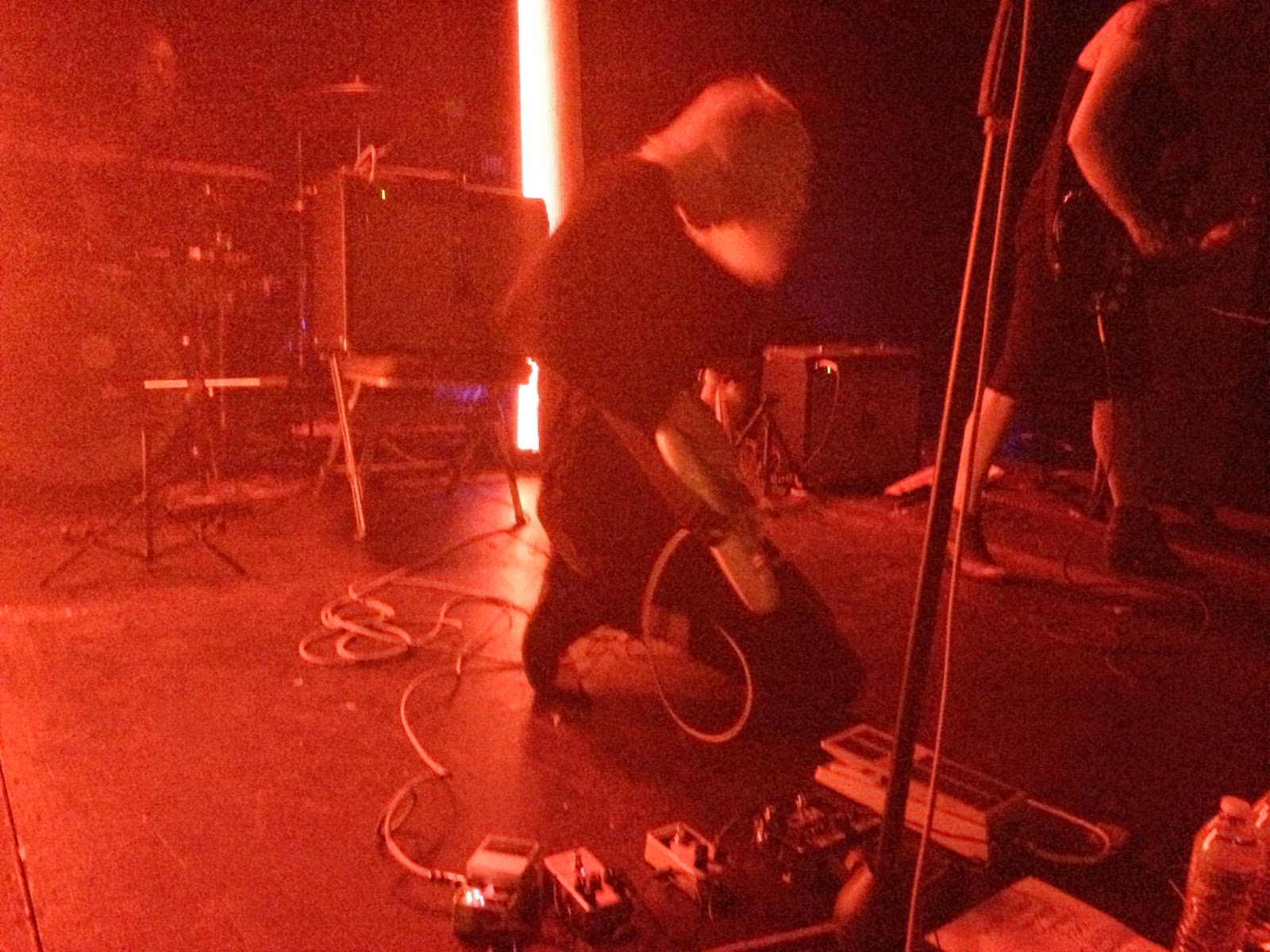 Saturday was a last night of the festival and got off to a slightly later start, which had a benefit in allowing me to see even the later shows of the evening. I started back at the tap room for The Raveonettes. I had seen this band once before, nearly three years ago, and had not been overly impressed with their stage presence at the time (they barely spoke any words to the audience). This time, was much better. While they still didn't say much, they seemed more engaged with the crowd. They performed tracks primarily from their surprise July album, Pe'ahi.

From there, I headed to the Know Theatre for the final to shows (for myself, anyways) of the festival. First was Speedy Ortiz, who put out a kind of irreverent, female-led noise pop. They were good; better than expected, actually. After them was another festival highlight in EMA. She primarily performed songs from her 2011 sophomore album Past Life Martyred Saints, which was slightly disappointing. I do love the record, but wanted to hear some of her newer work, as well... she did put out an album this year. Despite this, she was incredible and put on a great show.

It was another great festival experience. A better line of, perhaps, than 2013, but still not quite living up the magic of 2011 and 2012. Still, it's great to have something like this in my adoptive home city and I will look forward to this festival for years to come!
Posted by Joy at 9:55 AM