Aside from sets at music festivals, live hip hop is not something that I've had much of an opportunity to experience over the past few years. It's been somewhat infrequent that an artist that I really wanted to see was coming around this way. So, when it was announced that Earl Sweatshirt, who has been a favorite of late, was playing in Cincinnati, I bought my ticket right away.

Remy Banks, a young rapper out of New York was the opening act of the night, backed by DJ Black Noi$e. While he had good energy and rapport with the crowd, he was my least favorite of the three artists that night. I was not surprised to find that he's not yet released any studio albums or EPs as nothing he performed felt like a fully fledged out thought. I'm sure he's very talented, but I couldn't get a handle on anything he performed that night. He had a, thankfully, short set and it was just a few minutes of transition before Vince Staples came out.

I am not as familiar with Staples as I would like to be, but have been keeping an eye on him ever since his extremely well-received 2014 EP, Hell Can Wait. Perhaps because he's been a rising name over the past year and has studio recorded material out, he commanded the crowd much better than Remy. He performed several songs from that EP and with each one, the excitement in the crowd swelled; especially with the tracks "Hands Up" and "Blue Suede." 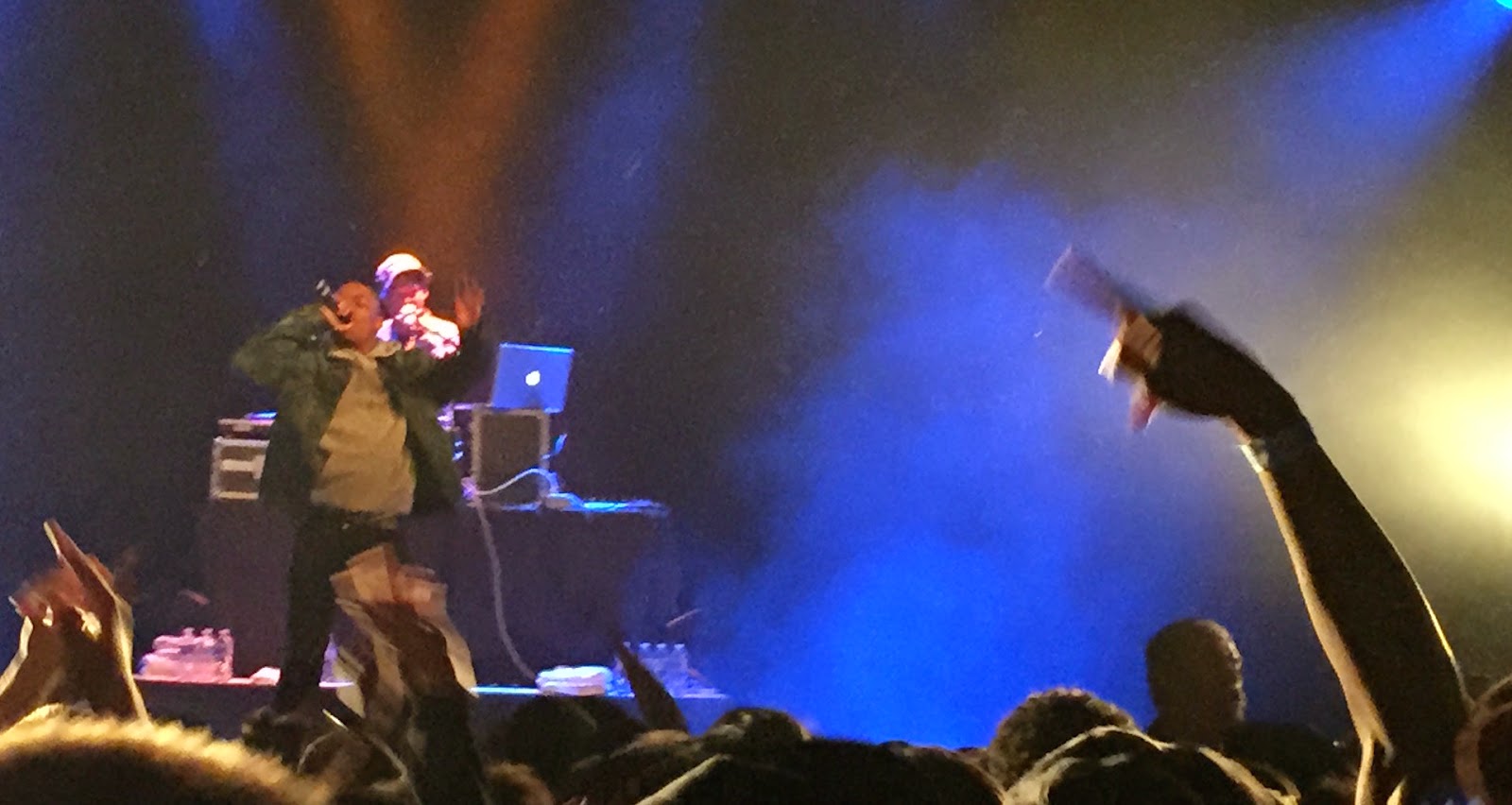 There was no wait time in the transition between Staples and Earl Sweatshirt. Sweatshirt came out the end of Staples' set to perform a few tracks with him, including a personal favorite, "Hive." After those few songs, Staples left Sweatshirt to do his thing. The young rapper easily showed why he was the headliner of the show. He interacted with the audience extremely well and even had the entire crowd singing along with some of his songs' repeated refrains, though some were questionable (such as informing the mostly white audience that during the show and only while singing along, they were allowed to use the n-word).

Aside from some of those *awkward* moments, it was one of the most enjoyable shows that I have been to; credit to both the musicians and the audience for that.