A music-loving coworker of mine issued a challenge to me for my blog, to name the five best artists who only released one album before calling it quits. Should be easy enough, there are many musicians who just, for one reason or another, never made it past a debut. There were, of course, some constraints to make this list a little bit harder.


Alright, so those rules make it a little harder, but I have scoured by iTunes library and present my four (I couldn't come up with a fifth) favorite one-album wonders:

The La's were a Liverpudlian alternative rock band that were a bit of a precursor to the Brit-Pop of the mid-90s. They released their first and only album, The La's in 1990 after six years together. They broke up two years later following the departure of bassist John Power. While they've reunited three times since, including last year, no followup album has been forthcoming.
"There She Goes" 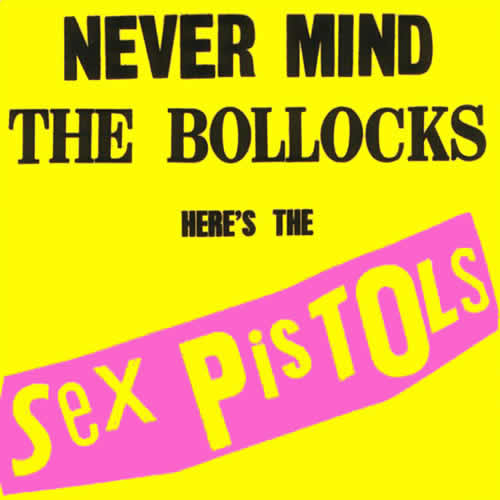 The Sex Pistols pretty much personify the image of a band that burns bright and fast. They released one studio album of angry, anarchic punk rock, and fairly promptly disbanded. Perhaps their longevity wasn't written in the cards, with Johnny Rotten's off-the-handle attitude and Sid Vicious's self-destructiveness. Vicious died not long after the group disbanded and Rotten never seemed able to accept praise for the band, implying little desire or ability for a follow up.
"Anarchy in the U.K." I don't know if this might technically count as a side project rather than a single-album band, but many of my favorite Imogen Heap songs were created with Guy Sigsworth in tow. In many ways, it's stylistically similar to her solo work, with a folk meets electronic sound. I count it here since it is some of my favorite music from her and seems to be where she really started to get attention as a musician. At most, unreleased demos have been promised from the duo, but no real releases. Heap, however, has released two albums since the end of the band in 2003, with a third forthcoming this year.
"Let Go"

A coworker from way back in my days of working for an on-campus caterer introduced me to this band, in fact, he swore by them. I don't know if I've developed quite the same love for them, but they have a genuinely enjoyable brand of garage rock. They formed in 2000 and released one album. The drummer left the band in 2003, which seemed to do the band in. They officially disbanded about a year later. All members have been active in other projects; there's been little talk of The Pattern since.
"Fragile Awareness"
Posted by Joy at 6:27 PM