The Perks of Being a Wallflower

You know a movie's going to have a great soundtrack when it's set in the '90s! 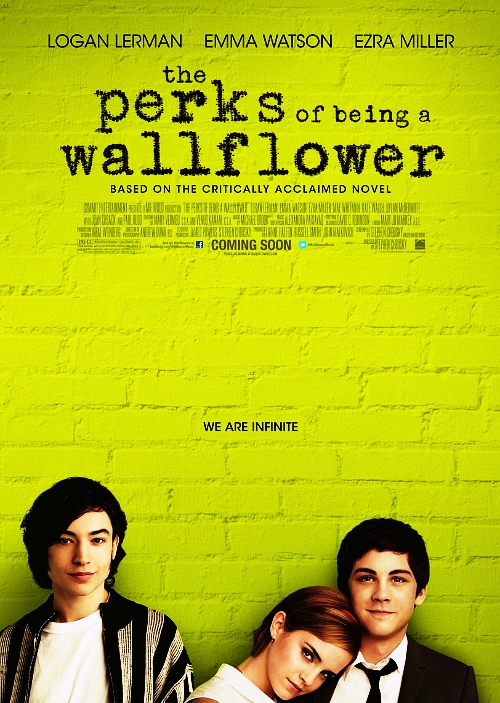 Wallflower shows one year in the life of Charlie (Logan Lerman) a new freshman struggling to make friends after spending some time in a mental hospital. At first, he is only able to talk to his English teacher (Paul Rudd). All seems hopeless until he meets a pair of step-siblings, Patrick (Ezra Miller) and Sam (Emma Watson). They both maintain sunny outlooks despite their own issues; Patrick is struggling with his homosexuality and a secret relationship with the football star, and Sam is dealing with the repercussions of having been "passed around" during her own freshman year. Though they are all seniors, he becomes fast friends with them and their group of quirky pre-hipster friends. A love triangle between Sam and Mary Elizabeth (Mae Whitman) causes his ostracism from the group, but the movie is nothing if not a story of redemption and he finds a way back into their good graces, though not without some stumbling blocks along the way.

The movie made great use of some young talent, most of the stars were born in the 1990s (that makes me feel kind of old). It's nice to know that there's this much talent in young Hollywood, though. Emma Watson defies typecasting, despite ten years and eight movies at Hermione Granger. The chemistry between her and Logan Lerman was probably my favorite part of the movie. The real star of the film, though, was the soundtrack. They made great use of the time period that the film is set in (early '90s) and featured some of the best music from that era.