It's not often that I head out to see a band that I'm wholly unfamiliar with, as I was with El Ten Eleven. However, a good (and similarly music-obsessed) friend of mine invited me along to this show and convinced me that this would be a good one to catch. I listened to some of the band's stuff before-hand and, while I'm not always as into music without vocals, I really liked what they did.

El Ten Eleven is an experimental rock band out of LA. They've put out five records; the most recent, Transitions, was released in 2012. They produced the music for some of Gary Hustwit's documentaries, including Helvetica, so I had heard some of their music before (because I watch weird documentaries about font types).

The show opened with producer Eliot Lipp, who mixed and looped prerecorded tracks live on stage. While it was interesting to see someone do that in action, it got tiresome after a few minutes.

The main act, though, was well worth watching. They use many of the same tools and techniques that Lipp did, mainly looping and distortion, but they were playing traditional instruments along with the modern equipment. They were fascinating to watch live, it's always interesting to see how these types of artists compose their music!

Overall, it was a show worth watching! 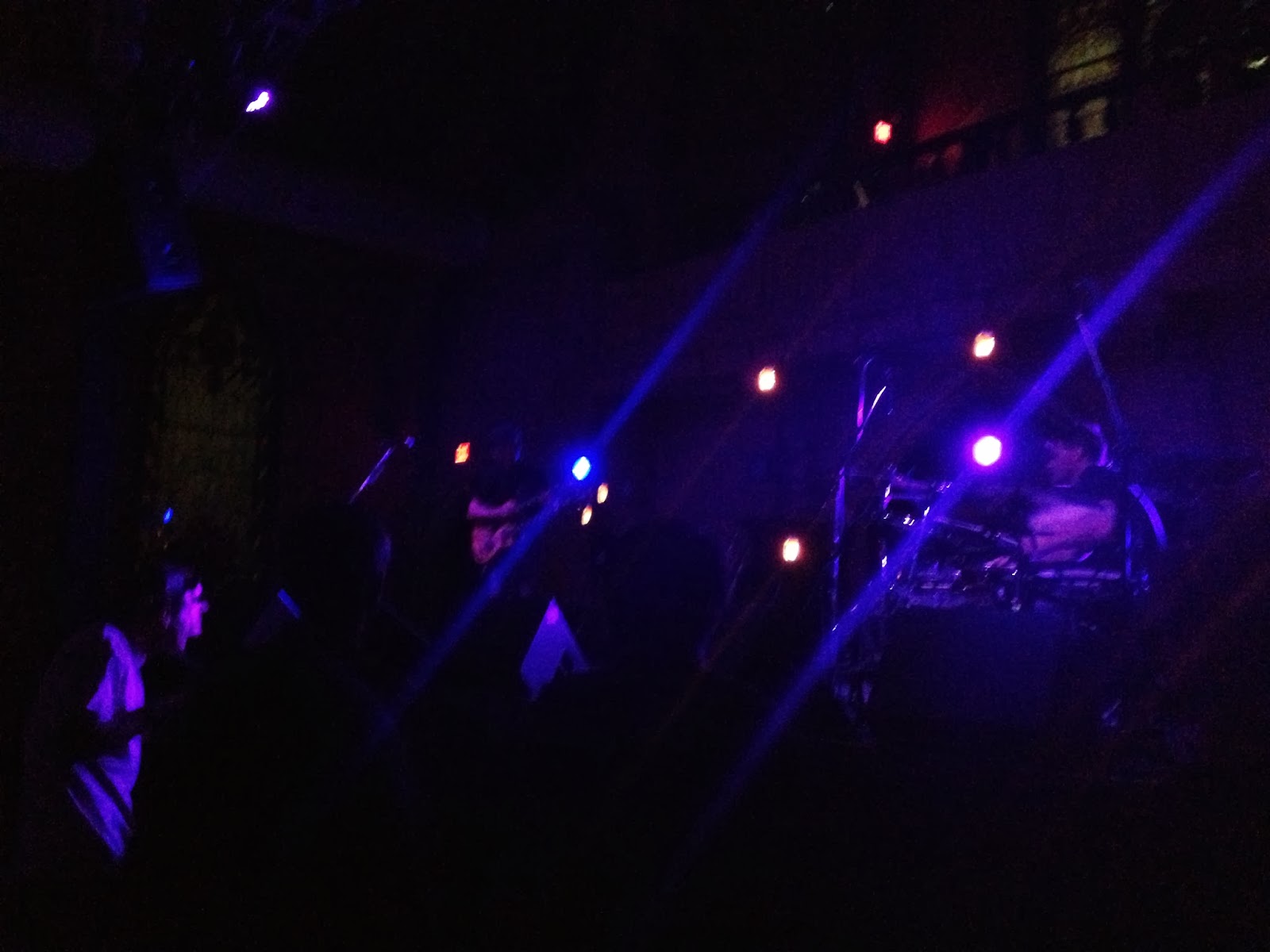 "My Only Swerving"
"Transitions"
Posted by Joy at 1:09 PM