GBV are a well-established band, having been around since 1983. This, however, is their first album since returning from a seven year hiatus in 2010. It also marks a return of the band's "classic" lineup. Not being that well-versed in the band's music, I'm letting this be my introduction to the group. Based on what I've heard so far, it seems like a great band still at the top of their game!
"The Head" 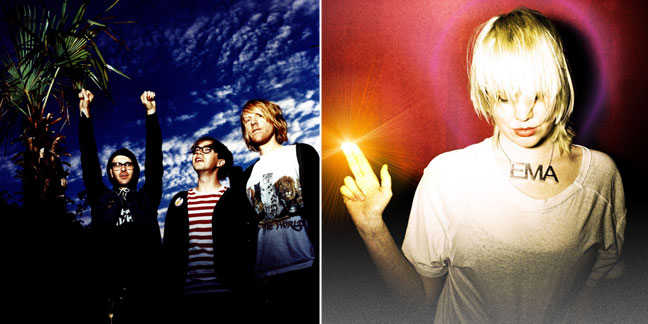 Spin Magazine's tribute to Nirvana's Nevermind was released in July, near the 20th anniversary of the iconic rock album. The album only contained one cover of each song from the original album, but more songs were recorded by other artists. EMA's "Endless Nameless" was included on the original tribute record, but Male Bonding's "Aneurysm" (which was a B-side to "Smells Like Teen Spirit") was not included on the original release.
"Endless Nameless"
Posted by Joy at 12:53 PM