Sharon van Etten at the Wexner Center for the Arts

In the absence of a Valentine's Day date, it is still very important to find something to do with the evening. For me, that was seeing an artist I absolutely love perform live in Columbus, OH. That artist was Sharon van Etten, who performed with opener Shearwater at the Wexner Center on OSU's campus.

Shearwater was on first and it was a great opportunity for me to get to know this band better. I had only recently started listening to their music, specifically The Golden Archipelago, due to their connection to Okkervil River, who created one of my favorite albums last year. They had released a new album, Animal Joy, just that day, so I hadn't had much of a chance to listen to that at the time.

Though knowing the band produces a high-quality level of music and having high expectations, they still managed to blow my mind away. The lead singer, Jonathan Meiburg, has a deep, powerful voice (actually similar, I think, to Will Sheff's voice....hmmmm) and the songs have this great theatrical quality to them.

Given their amazing show, they have come pretty close to being favored over Okkervil River, though it's still too early to tell. I was, however, compelled enough by what I heard to shake John's hand after the show and buy a copy of their new record! 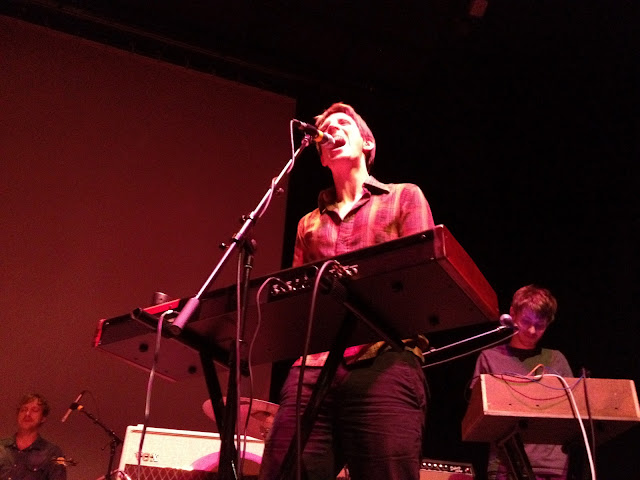 Next on was Sharon van Etten. I had seen her live once before, at the MusicNow Festival in Cincinnati and already knew what a great (and nervous) presence that she had on stage. She first exhibited her personality as I was snapping pictures of her and her band setting up. She looked up and gave me a smile, which just further cemented the image in my mind of her as an artist truly appreciative of her fans. 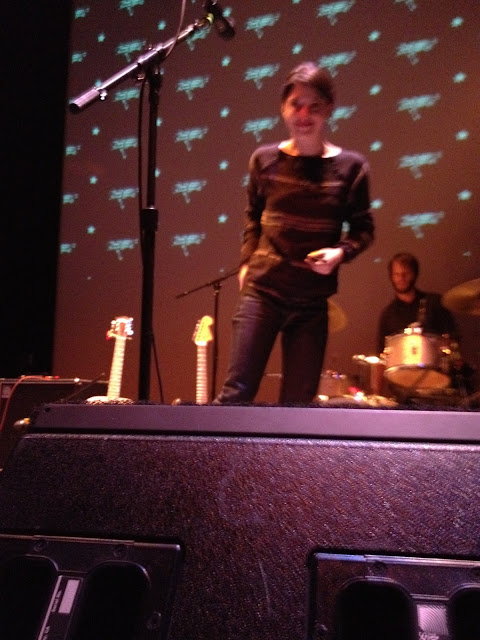 Sharon released a new album, Tramp, earlier this year; one that's probably my early favorite (as in #1!) of the year and she mainly performed songs from that release. Despite a fairly sunny disposition, many of her songs drip with heartbreak, which was evident from the moment she opened her mouth on the first song of her set.

She was able to transition almost seamlessly between the pain in her music and a more jovial, lighthearted banter on stage, without it feeling awkward. Almost as amazing as her music is her personality and she's only gotten better at showing it onstage as time goes on (although I really only have two data points).

She's performing in a couple of months in my college town, Bloomington, IN. There's a good chance that I'll see her again there!

Shearwater - "Castaways" (from The Golden Archipelago)