Band of Horses at Bogart's

These guys were supposed to come to Cincinnati in August of 2011 to open for the Kings of Leon. Sometime in July, however, KoL frontman Caleb Followill came down with a bad case of "exhaustion" (read: he was an alcoholic) and the remainder of the tour, including the Cincinnati date, was canceled. Band of Horses did their best to reschedule as many of the dates as possible, but Cincinnati was not among that group.

Fast forward more than a year and, finally, Band of Horses come to town! While there are many artists that I do not hesitate to buy tickets for, it seemed my wallet opened even faster for this gig.

The show was well worth the wait. While I haven't been crazy about their last two albums, the band played a good mix from all of their releases and their on-stage energy was strong enough to make all of the songs a treat to hear! 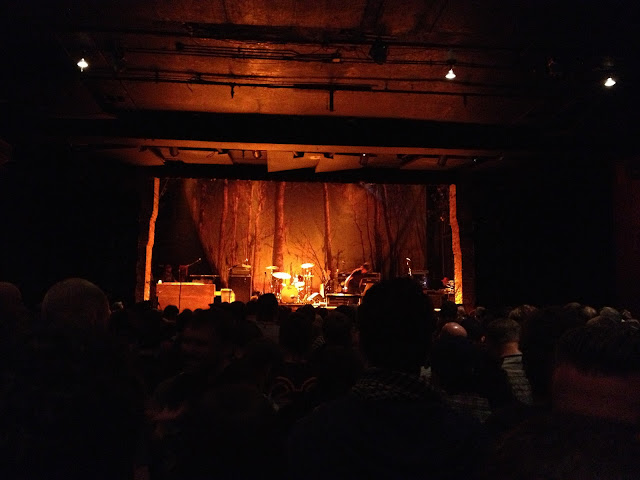