Thom Yorke released his first solo album, The Eraser, in 2006, perhaps as a way to escape from the level of attention that Radiohead tends to receive. His second non-Radiohead album is a more realized effort, enlisting several other prominent musicians for his new band. He brings in longtime Radiohead producer Nigel Godrich, Mauro Refosco, Joey Waronker of R.E.M and Beck, and Flea from the Red Hot Chili Peppers.

Johnny has been active in the music industry for more than 30 years. He is most famous for his work with The Smiths, but also worked as a session musician, and performed with The Healers, The Cribs and even Modest Mouse for a stint. Despite his tenure in the industry, this is somehow his first solo album. With the myriad of work he's had over the decades, it's bound to be an interesting release!

This is the fourth full-length album from the Swedish band. Of course, in true Swede fashion, it is an spectacular example of indie pop. They've managed to create a release that's obviously influenced by the 1980s without being so tied to the era or sounding dated.

"Walking in Your Footsteps"

Deerhoof - We Do Parties EP 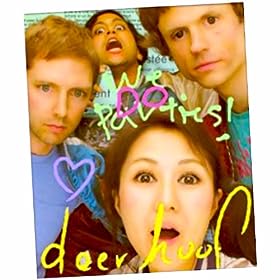 Reason to Believe: The Songs of Tim Hardin