Bradley Cooper proves himself as an actor and Jennifer Lawrence earns her keep in this excellent movie! 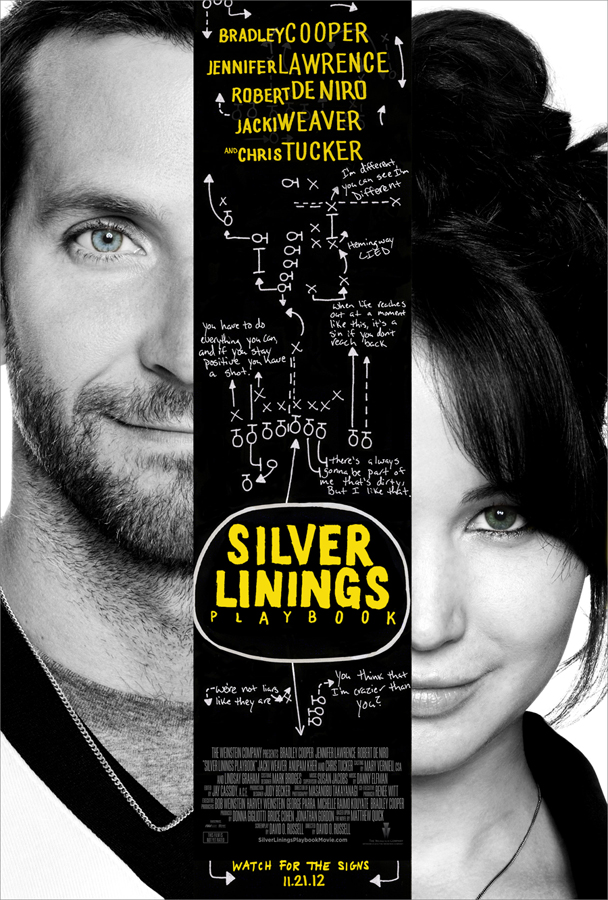 Pat Solitano (Bradley Cooper) has just gotten out of a mental hospital and moved back into his parents' (Robert De Niro and Jacki Weaver) home. He was involuntarily committed following an attack on his wife's lover, but had mental issues leading up to the incident. He goes about trying to get back to his old life and getting back with his ex-wife; he starts by reconnecting with close mutual friends. At a family dinner, he meets the sister-in-law of his best friend, Tiffany (Jennifer Lawrence). She is suffering from her own mental issues following the death of her husband, so she figures she must become his friend. To his initial chagrin, she inserts herself into his life, usually by sneaking up behind while he's jogging. They do become friends and he reluctantly agrees to help her with a dance competition. Through dance and the friendship, he finds a way to cope and move on.

Bradley Cooper really surprised me in this. He seemed to come out of nowhere in Wedding Crashers, but with that and the movies he did after, I didn't see him as a serious actor, more of a heartthrob type. Well, he was really good in this (I'm a believer, now). Jennifer Lawrence, of course, was also excellent. It's nice to see a young actress who is bankable, but can actually act as well. The biggest surprise in the film, though, was Chris Tucker. He apparently hasn't done a non-Rush Hour movie since the first film in 1998, but dude should be getting more work. Movies about mental illness can be difficult to watch, especially if you're a sufferer. But one good thing about most of them is that they show there's a life after, and that was certainly the case here.