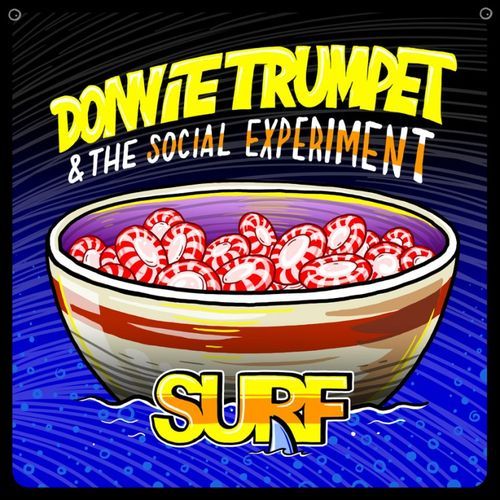 Chance The Rapper has proven himself as one of the most unique young voices in hip-hop. His music often crosses the line into other genres and never was that more evident than on one of his latest projects, The Social Experiment. Chance partnered with trumpeter Nico Segal, who performs as Donnie Trumpet, for the project and surprise-released an album, Surf, back in May. One of the stand-out tracks from the record is "Sunday Candy," a gospel-tinged song featuring vocals from Jamila Woods.

Surf was released (for free) on May 28 and can be downloaded from iTunes. Chance followed that up with another free release last week, a mixtape he recorded with Lil B, appropriately titled Free.
Posted by Joy at 12:30 PM