When: September 21, 2015
Where: PNC Pavilion at Riverbend in Cincinnati, OH

The Show:
Alt-J came to Cincinnati late last month and I knew it was a show that I could not miss. The concert was one of my relatively few group outings for live music. A friend of mine had gotten tickets for herself, her boyfriend, me, and Adrian, my boyfriend. The experience was definitely enhanced by being there with companions.

Brooklyn-based baroque-inspired band San Fermin has been touring with the band. Adrian and I got to the venue about halfway through the opening act's set. We weren't sure what to expect from them, but were impressed by their high energy show. I, for one, am also always a big fan of bands who use brass and woodwind instruments and this band used them extremely well (though I'm still a bit disappointed in their lack of trombone). Safe to say, that band won some new fans that night, though we were still anticipating the main act. 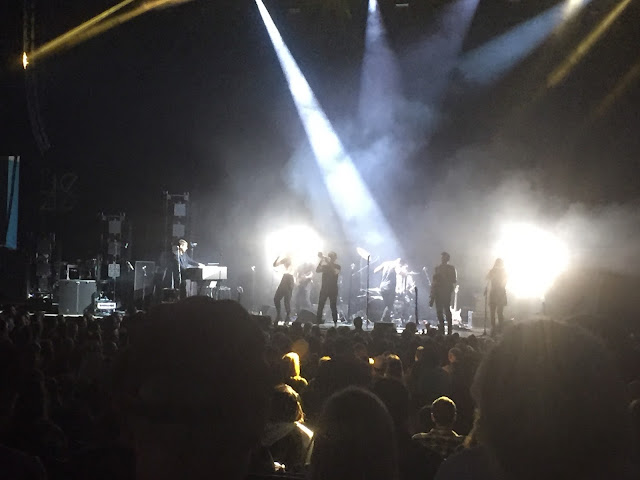 Our friends arrived towards the end of the first set. We patiently waited, while listening to tUnE-yArDs played through overblown speakers, for the headlining act to begin. Alt-J came out with an impressive set that seemed to reflect the success that they've gained over past couple of years. Their unique mix of rock, choral chants, and electronica was punctuated by an impressive light show behind them consisting of a couple dozen TVs. They played primarily from their first album, An Awesome Wave, though sprinkled in a few of the better tracks from the follow-up, This Is All Yours. 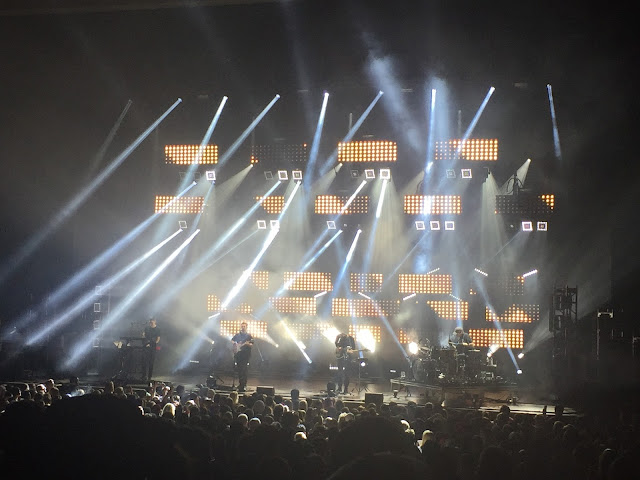 On a Monday, two strong bands and some great friends made for a great beginning to the week!