The 2017 Rock and Roll Hall of Fame induction ceremony was held last night. Included in this year's class were ELO, Joan Baez, Journey, Pearl Jam, Yes, and Tupac Shakur! We'll see if the honor leads any of the still-living acts to release new music. If it does, you can check them out at my Upcoming Releases page!

It looks like we may be getting a new Kendrick Lamar album very soon! 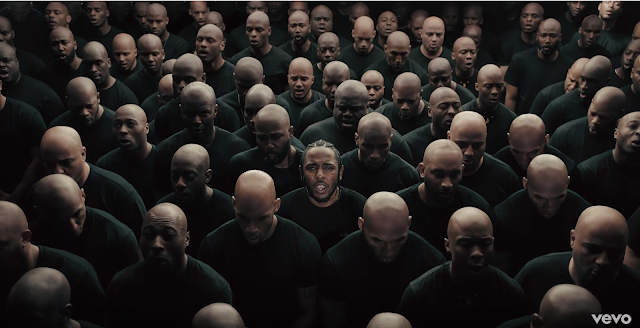 It's been two years since Lamar released the masterpiece To Pimp a Butterfly, and one year since untitled unmastered, a demos album way better than demos are expected to be. This year, he started releasing new songs, beginning with "The Heart Part 4" two weeks ago and following that up last week with "HUMBLE.", which came bundled with an incredible music video.

Yesterday, a new album from Lamar was made available for preorder on iTunes, currently just titled ALBUM. Details are scant right now, but here's what we know (or can presume):