Today was Record Store Day and you know I was out to participate! While, last year, I hit up Landlocked Music in my old stomping grounds of Bloomington, I stayed in Cincinnati this year, checking out Shake It and Everybody's Records.

Record Store Day is held the third Saturday of April, and this is the event's fifth year. On the day, a great variety and number of artists release limited edition special singles, live albums, EPs and early releases, with fairly limited numbers of all releases. The day is meant to encourage music fans to support local independent record stores. The emphasis on shopping locally has even expanded to other small businesses, with a mini-Record Store Day and small business day now held on Black Friday (which I also participated in last year).

Every year, an ambassador (usually an established member of the music industry) to promote the event and serve as a figurehead. This year's ambassador was Iggy Pop, punk rock star and former frontman for The Stooges, who had three special releases this year.

I made sure to make myself a list of what I wanted this year. I managed to successfully grab almost everything on the list. I missed out on the Laura Marling "Flicker and Flail" 7", which Shake It had, but ran out of. I still managed a pretty good haul, though!

Here's what I picked up: 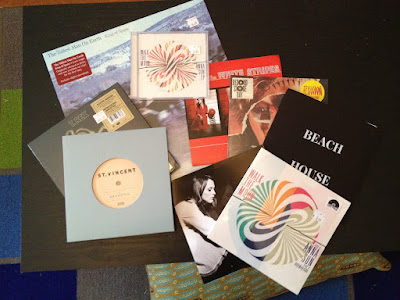 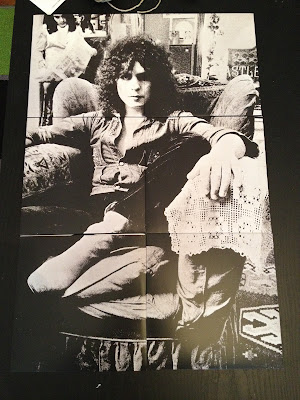 All-in-all, the record shopping portion of the day was good. I picked up some great releases and met some cool people waiting in line for Shake It. The day ended on a sour note, with a fairly nasty car crash (don't worry, I'm alright).