In between a new single from the Gorillaz and comeback performances with Blur, Damon Albarn somehow found the time to create an opera about the 18th-century medical and scientific advisor to Elizabeth I, John Dee. The opera itself ran last summer in Manchester, England. Now, to give the world a taste of the production, the soundtrack is being released. While certain songs certainly do sound, well, operatic; there is still enough of a taste of Albarn's voice and style to feel connected to everything else that he has done in his prolific career!
"Apple Carts"

Here We Go Magic is one of those bands that exists at a crossroads between seemingly disparate genres, but do a generally masterful job of blending them together. They have a kraut-rock influence, but cross it with enough pop to make it fun and enough folk to make it accessible. They continue with their sound here, becoming even more comfortable on their third full-length album.
"How Do I Know" 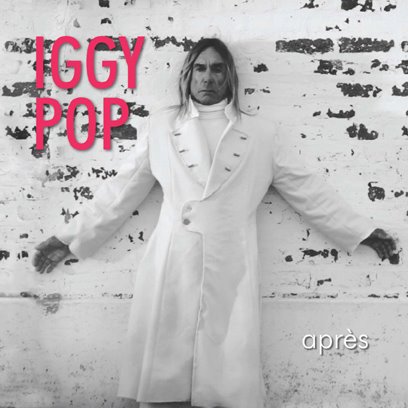 Maybe age is calming the punk legend. Iggy Pop is 65 years old and made a name for himself spearheading the punk movement and as a major fixture in glam rock. On this and his previous release, Préliminaires, he's made markedly more subdue music. Abandoning punk and glam for French jazz and pop, he's made a massive shift. Somehow, despite my love of The Idiot and Lust for Life, I don't hate this direction. His voice is strangely well-suited to the style.
Iggy Pop on "La Vie en rose"

Another folk drummer steps out (though, again, not for the first time) from behind the kit for a go at the solo thing! This time it's Bon Iver's drummer S. Carey, who released his debut album, All We Grow, about two years ago. He takes on a sound similar to his main act, with a tinge less falsetto. He is, I think, further proof, that drummers aren't only good for providing a beat!
"Two Angles"
Posted by Joy at 6:47 PM