Carice van Houten - See You on the Ice

If you watch Game of Thrones, then you already know who this young lady is (full disclosure: I do not yet watch Game of Thrones). She plays Melisandre on the series, I had to look that one up, but is also a budding singer. She recently appeared in the music video for Antony's "Cut the World" and he returned the favor, appearing on the track "Particle of Light."
"Particle of Light"

Flying Lotus - Until the Quiet Comes

Flying Lotus is the moniker of Steve Ellison, who is the great-nephew of John Coltrane and a cousin of Ravi Coltrane. The jazz connections are fitting for the electronic musician. Although he creates his work primarily using computers, his style makes one wonder if this is the type of music many jazz greats would be making if they had a computer rather than a saxophone or trumpet.
"Putty Boy Strut"

I saw Matt & Kim live at Bonnaroo last year and they appeared every bit as happy and exuberant as their music sounds. They've maintained a fairly consistent sound throughout their careers, this being their fourth album. They haven't lost the happy and it still brings a smile to my face to listen to their songs.
"Let's Go"

In the past, this folk-tinged band has been described as extremely lo-fi, some even going as far as saying their music sounded like it was recorded on a boombox. On this 14th album from the band, they're continuing a shift towards a higher fidelity sound. Regardless of the recording quality, the band has always told great stories with their music and this looks like it will be no different from the past, focusing on outcasts.
"Cry for Judas"

Taken By Trees - Other Worlds

This is the third solo album from Victoria Bergsman, the former Concrete. You may (and I will stress "may") recognize her voice from the Peter Bjorn and John song "Young Folks"...I just got that stuck in your head! On her third outing, Bergsman was inspired by Hawaii. While I'm sure it will be apparent throughout the album, it's already fairly apparent in the artwork and videos that have been released for this album!
"Dreams" 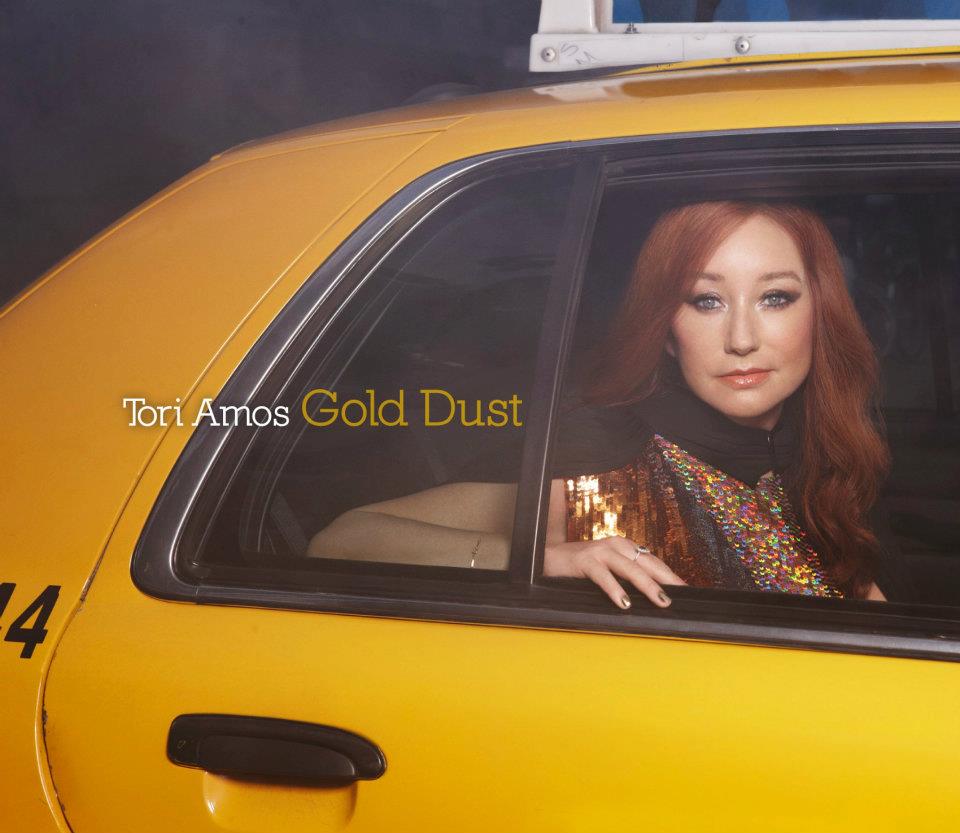 Like Patrick Wolf did last week, this release from Tori Amos consists of rerecordings of past songs from her entire career in a new consistent style. In Tori's case, the songs have been been given the orchestra treatment and was recorded with an actual orchestra, specifically the Orchestre Metropole.
"Flavor"

I guess this is the year for solo work from members of Radiohead. Thom Yorke has released a series of singles from his side band Atoms for Peace and just a few weeks ago, Jonny Greenwood put out a soundtrack for the film The Master. Nigel Godrich isn't technically a member of the band, but he has produced every Radiohead album since OK Computer. Here, he's teamed up with Joey Waronker and Laura Bettinson to create some mighty infectious pop sounds.
"Bad Insect"

The Vaccines seemed to appear out of nowhere, releasing their debut album, What Did You Expect from The Vaccines?, with somewhat little fanfare. Fairly quickly, however, it seemed like they were everywhere. The album was a short and simple one, with a straight-forward post-punk sound. The title of the sophomore release seems to promise a bit of a progression for the band, as they seek to develop their sound.
"No Hope"

Van Morrison - Born to Sing: No Plan B

Everyone should know who this guy is. He penned and sang the iconic "Brown-Eyed Girl" and released some of the best blue-eyed soul of the '60s and '70s. More than 50 years into his career, he's still going strong at 67. He doesn't show any signs of slowing down, and that's just fine by me!
"Open the Door (To Your Heart)"
Posted by Joy at 8:07 PM