New Gorillaz album
While touring for Plastic Beach, released earlier this year, Damon Albarn has been recording a new record. This new album is being recorded on an iPad, and it would be the first official iPad-recorded album. Albarn hopes to have the album out by Christmas this year, despite having released an album only eight months ago. I'm interested to hear what an iPad album would sound like.

To tide us over until this new album is released, here is the hit music video for "Stylo" from Plastic Beach...starring Bruce Willis!

Victoria's Secret fashion show
This past Wednesday, the 2010 Victoria's Secret Fashion Show took place in NYC. It was another year of push-up bras, big boobs and even bigger wings (seriously...they were huge this year). I was happy to see Constance Jablonski, one of my favorite models, walking in the show. The show also included Adriana Lima, Chanel Iman, Alessandro Ambrosio and many many other models. While I wasn't a big fan of many of the looks, it was like a parade of next year's slutty Halloween costumes, for which the theme is apparently, sports, it's still fun to see the looks. And I'd really like to know how Anja Rubik balanced in her wings. The actual broadcast of show isn't until Nov. 30. 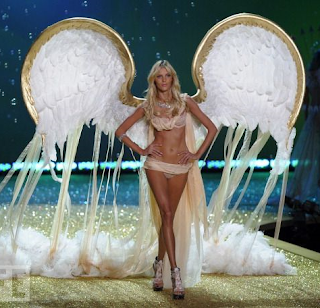 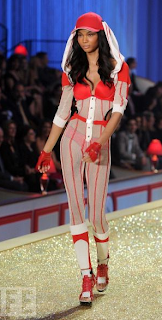 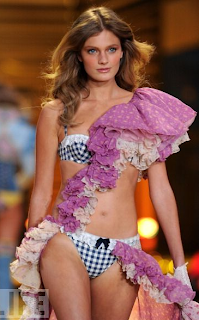 all pictures from Life.com

New Panda Bear single
Panda Bear, of Animal Collective, will be releasing his third single, "Last Night at the Jetty," from his upcoming album, Tomboy, on December 6. The single is, of course, already leaked on the web. It's a good song, the sound is evocative of both his bandmate, Avey Tare's, songs and conventional pop sounds, while keeping with the somewhat avant garde aspects that he and his band are known for. It's also a bit more subdued than the sound on Animal Collective's last album and a bit of a departure from his last album, Brothers. Apparently, on this release, the songs will be shorter and more structured. The album doesn't yet have a set release date, but should be out, hopefully, either later this year or early next year.

Verizon iPad commercial
The first commercial for Verizon's iPad is online, and I do think it's a really great ad. It departs from the typical format that commercials for Apple products that have been prevalent the last couple years and, rather than showing the product's features, really drives home the point that Verizon is constantly making...that they have the best coverage. And, of course, thanks to the current iPad ads, people already know what the product can do. I'm happy to see that Verizon didn't waste time reiterating what the iPad can do and used the ad to further its own brand. I like the song in the background of the ad, too, just can't figure out what it is.

Arcade Fire on Saturday Night Live
Last night, awesome Canadian band The Arcade Fire performed "We Used to Wait" and "Sprawl II (Mountains Beyond Mountains)" on Saturday Night Live. It was an awesome performance, during the second song, members of the band wore black jackets with blue LED lights all over them and singer Regine Chassagne wore a sparkly gold dress. Love and LOVE! I was surprised by their performance, I didn't imagine them to be the type of band to be particularly interactive with the audience, but Win Butler was out in the audience singing to people. The band also contributed to another one of Andy Samberg's music projects. It was altogether strange, but awesome at the same time.

The entire episode is on Hulu, you can watch the individual performances here, here and the Samberg skit here.

Also, if you haven't had the chance already, check out their music video for "We Used to Wait." (Google Chrome recommended for viewing)
Posted by Joy at 11:49 AM