I guess everyone's gotta have a side project

While it's not strange to hear of actors, singers or models move towards making their own fashion lines, this new one takes the cake. The CEO of You-Tube, Chad Hurley, has stepped down from his post in order to focus on his fashion line. The company is called Hlaska (combination of Hawai'i and Alaska) and makes "stuff that a young Silicon Valley employee would wear to work." He's defended it as not being a random move by comparing it to You-Tube, he was making something he needed but couldn't find on the market. Apparently, the line has been in operation since 1994.

I will say though, some of the stuff is kinda nice: 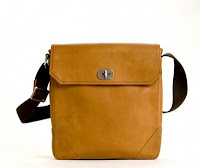